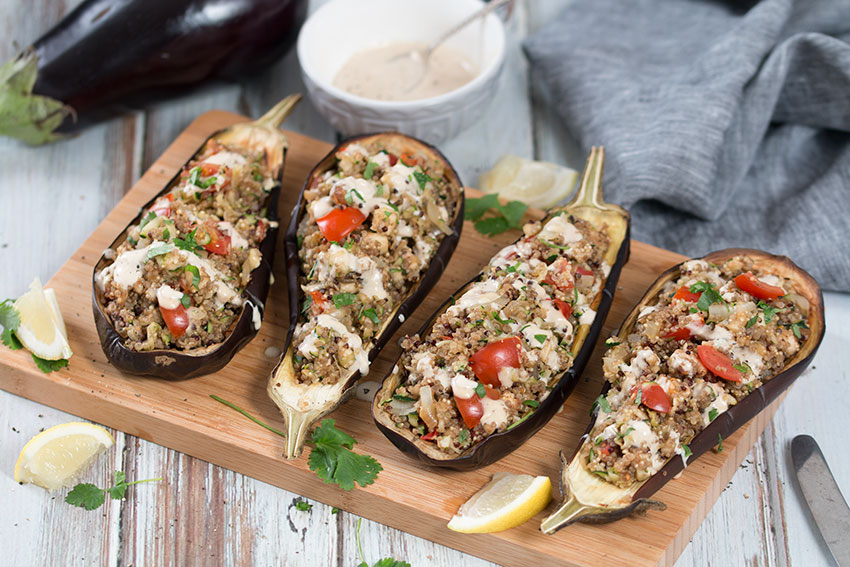 This healthy Quinoa Stuffed Eggplant with Lemon Tahini Sauce is an easy, vegan and gluten-free dish which is full of goodness and flavour.

For a long time, I have been neglecting eggplants (aubergines) in my kitchen for no particular reason. Occasionally, I add them to stews or stir fries but I never thought about any other options. Since I have recently become obsessed with stuffing all sort of vegetables such as my Grilled Zucchini Boats or Beef And Millet Stuffed Peppers I thought it was time to give Quinoa Stuffed Eggplants a go.

Gosh, I wish I would have done that sooner, it presents the perfect opportunity to hide lots of vegetables from fussy eaters or to simply up your vegetable intake. 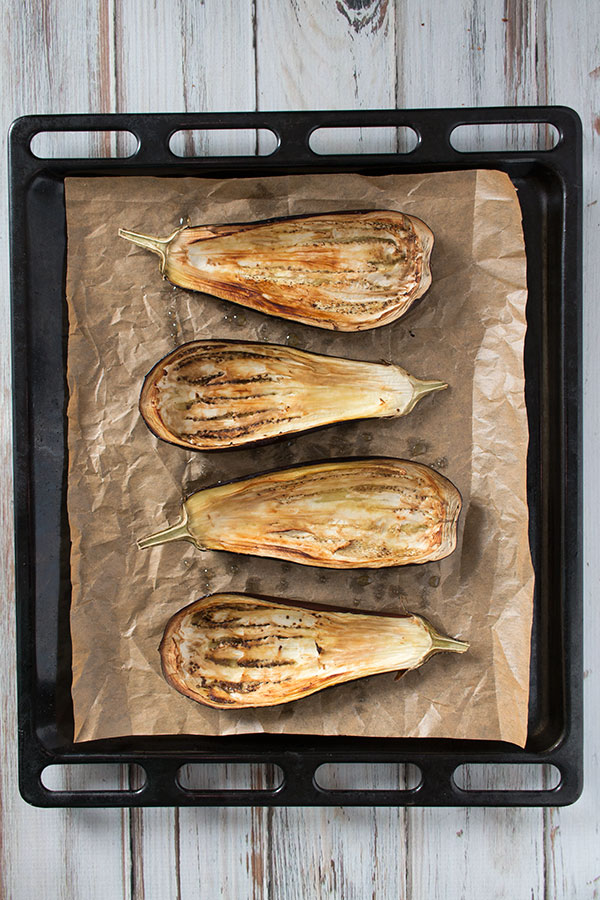 How to cook eggplant

Contrary to popular belief, eggplants (aubergines) aren’t vegetables, they are fruits and are commonly used in Indian, Middle Eastern and Mediterranean cuisine. Many cultures tend to deep-fry them which I wouldn’t recommend from a nutritional point of view. They will absorb a lot of oil which gets damaged at the high temperatures and it also counteracts the eggplant’s nutritional benefits.

Eggplants have a similar consistency to a tomato, in terms of texture and density and are a perfect addition to soups, stews, and sauces. To maintain its nutritional value it works best to roast them for 30 minutes at 200°C or to prepare them in a slow cooker. Quinoa Stuffed Eggplant with Lemon Tahini Sauce is obviously the reason why you are here, therefore feel free to skip to the recipe at the bottom of the page if you are not interested in its nutritional values. 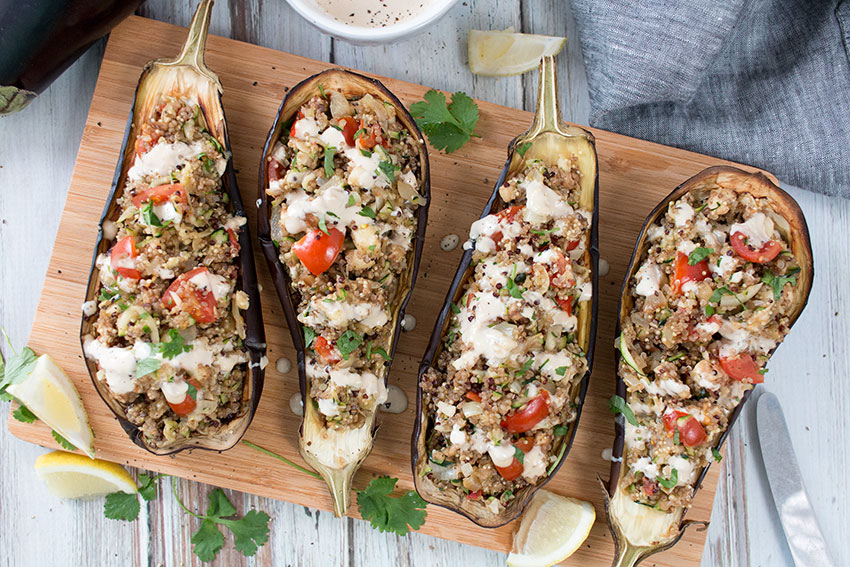 Even though eggplants don’t have an outstanding amount of one particular vitamin or mineral, they do contain an impressive array across the board of many vitamins and minerals, such as excellent amounts of fiber, folate, potassium and manganese, as well as vitamins C, K, and B6, phosphorus, copper, thiamin, niacin, magnesium, and pantothenic acid.

They are a part of the nightshade family which are known to cause severe allergic reactions in certain people. However, they aren’t as common in terms of being an allergen as tomatoes or bell peppers, which are also considered nightshades. As with any new food in your diet start with small quantities and pay attention to your body’s reactions. 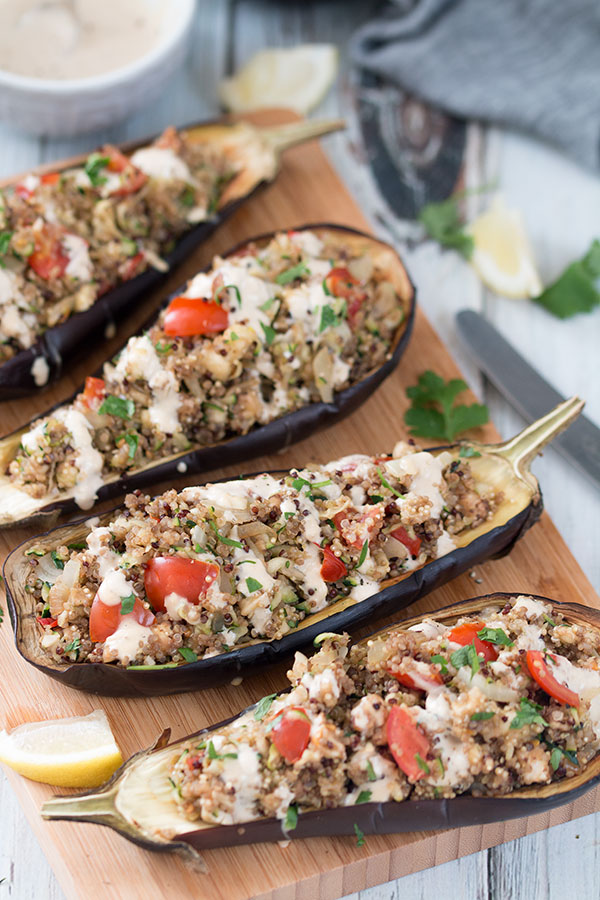 What is your favourite vegetable to stuff and have you tried stuffed eggplant before? Let me know, I’m looking forward to reading your comments.