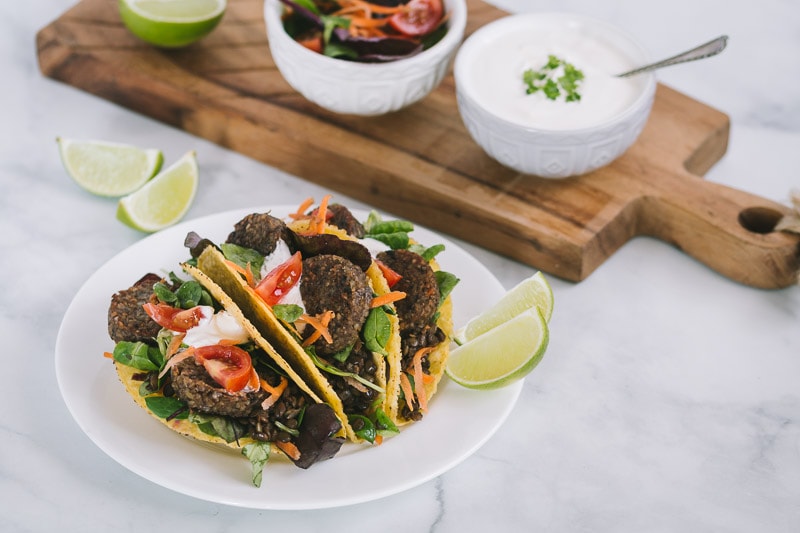 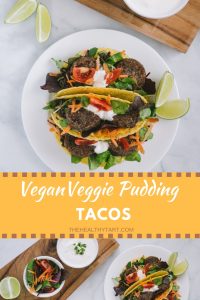 These crunchy Vegan Veggie Pudding Tacos make a fabulous, healthy lunch or party food. They don’t need much prepping and everybody can assemble their taco with the toppings of their choice.  Also, almost everyone can enjoy them because they are vegan and gluten-free. 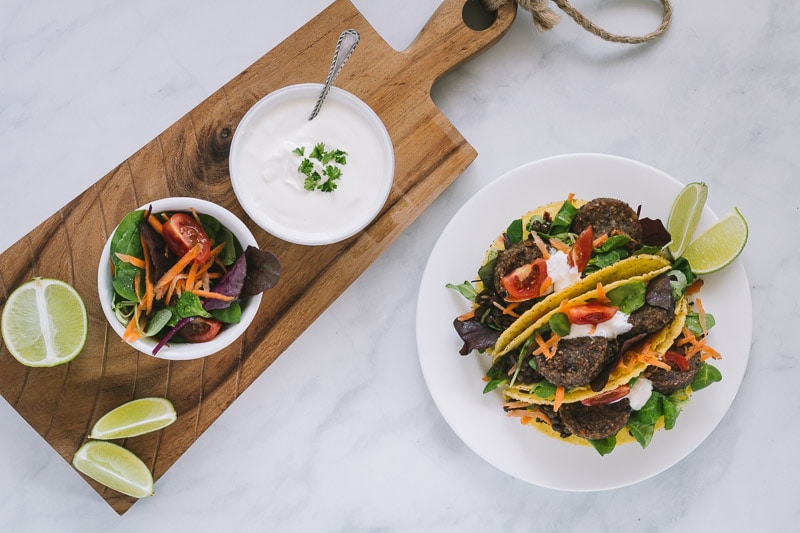 As you might know already, Clonakilty Pudding has recently launched a Veggie Pudding. I am absolutely in love with it and try to use it in as many different ways as possible.

For this recipe, I have teamed up with Clonakilty Pudding to show you that veggie pudding can be much more versatile than just being part of a breakfast fry up.

Even my meat-loving partner who considers himself to be a black pudding connoisseur really enjoys the taste. 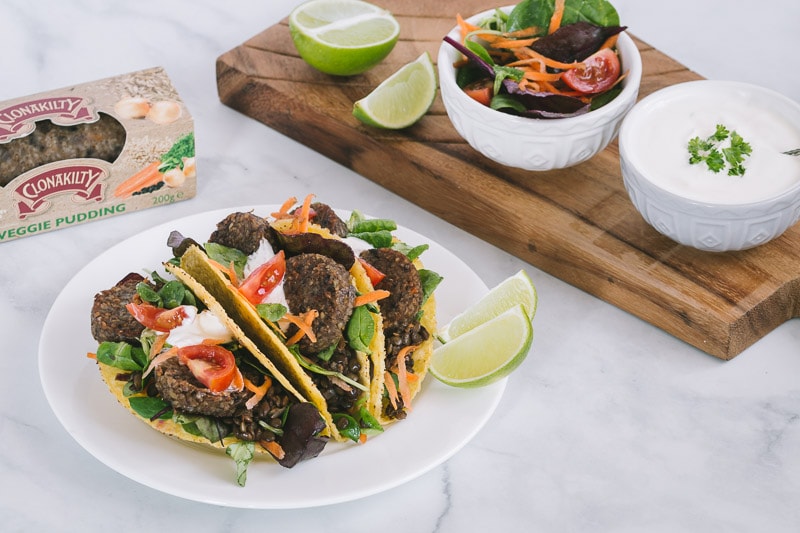 Pair it with Mexican flavours

Clonakilty Veggie  Pudding is made with black beans which I thought would be the perfect base for incorporating some Mexican spices.

It also pairs nicely with mint and fennel as you can see in my Veggie Pudding Crostinis With Minty Broad Beans recipe.

What I like most about tacos is the fact, that everybody can tailor them to their taste by adding the toppings of their choice. I chose to use Puy lentils as the base because they have a very earthy/meaty flavour, you can buy them in most Health Food Stores. While the cooked lentils have a soft texture the fried veggie pudding adds some lovely crunch.

Try to sneak in a few veggies and herbs for some extra nutrients, I have added tomatoes, carrots, mixed salad leaves and coriander.

Top it off with some vegan yoghurt or sour cream (if you can find some) and a drizzle of fresh lime juice to give it some zing.

Other popular toppings are 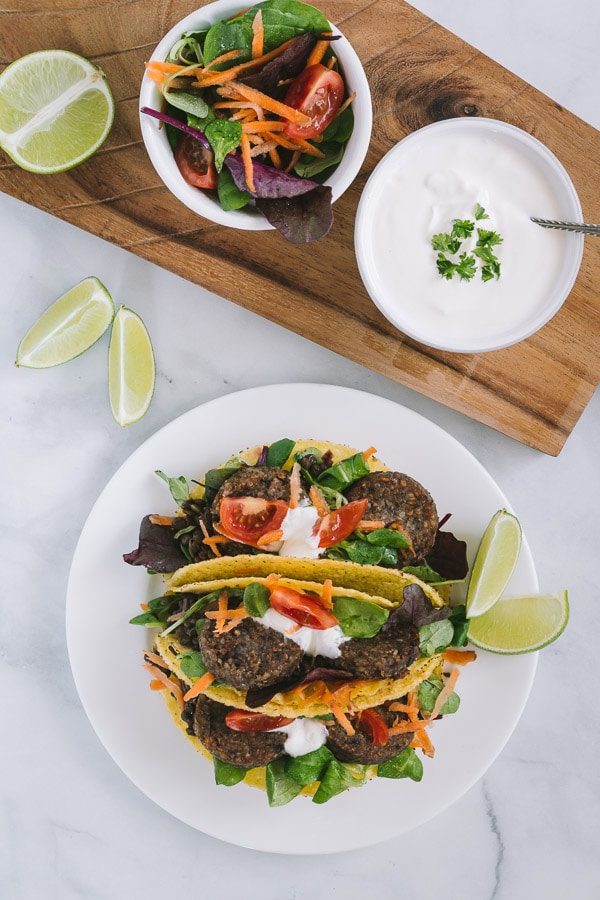 What are your favourite taco toppings? I’m looking forward to reading your comments. 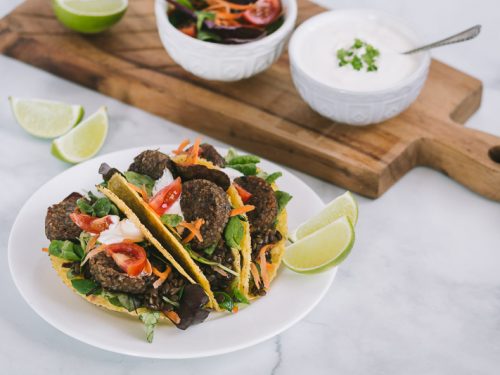 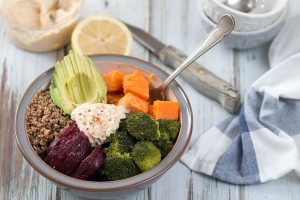