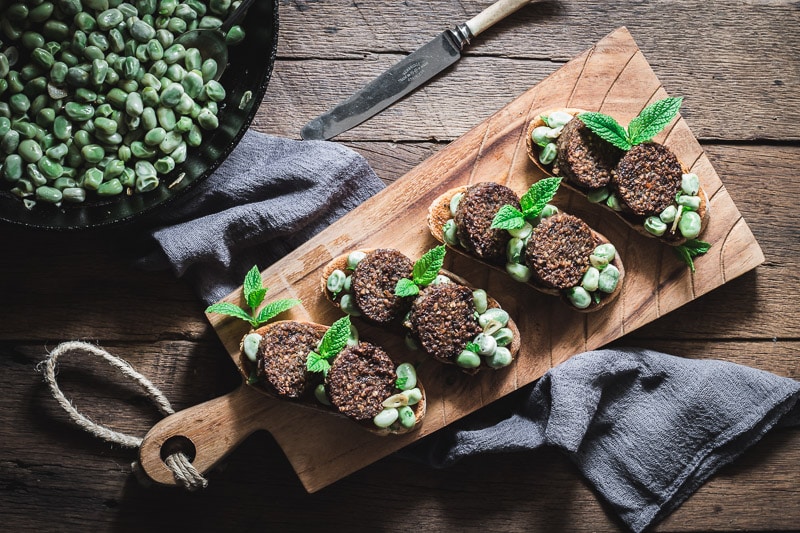 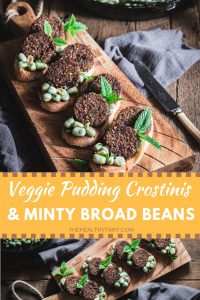 This simple Clonakilty Veggie Pudding recipe is bursting with refreshing flavours and spices and makes a perfect appetiser or party food. While it is easy and quick to prepare it will wow your vegan and meat-eating friends alike.

For many years I have been a big fan of Clonakilty products which is the reason I am so delighted to have teamed up with them for this recipe. 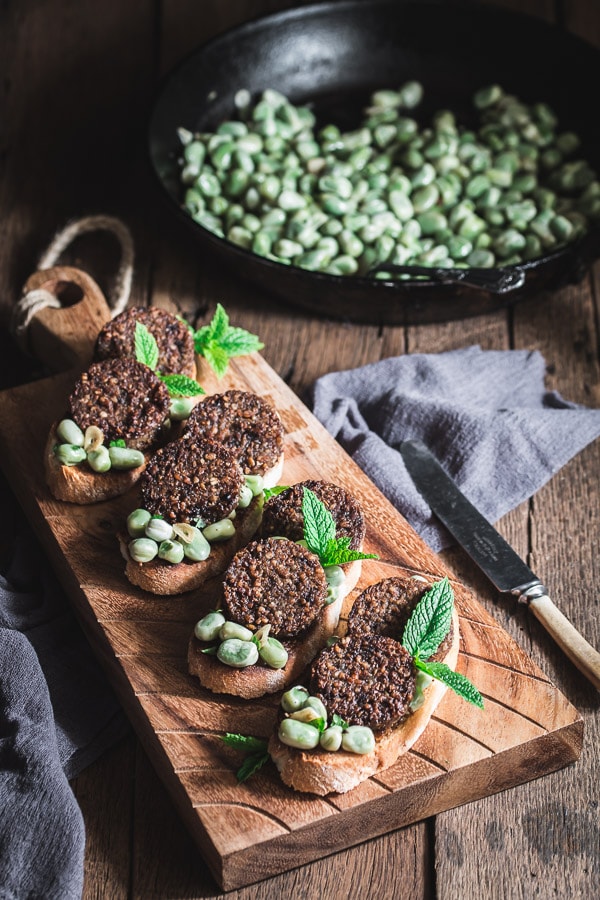 Clonakilty just launched their new vegan pudding, which tastewise you could hardly tell apart from its meaty counterparts. Luckily, I was one of the first people to get my hands on it to experiment.

The Clonakilty Veggie Pudding is made with oats, onions, black beans, carrots and ‘a distinctive spice mix’. It is free from artificial additives and preservatives, gluten-free and suitable for vegans. It is also a good source of protein and fibre.

The Clonakilty black pudding was first made 150 years ago in West Cork, the company is constantly expanding and evolving to reflect the tastes of our times. 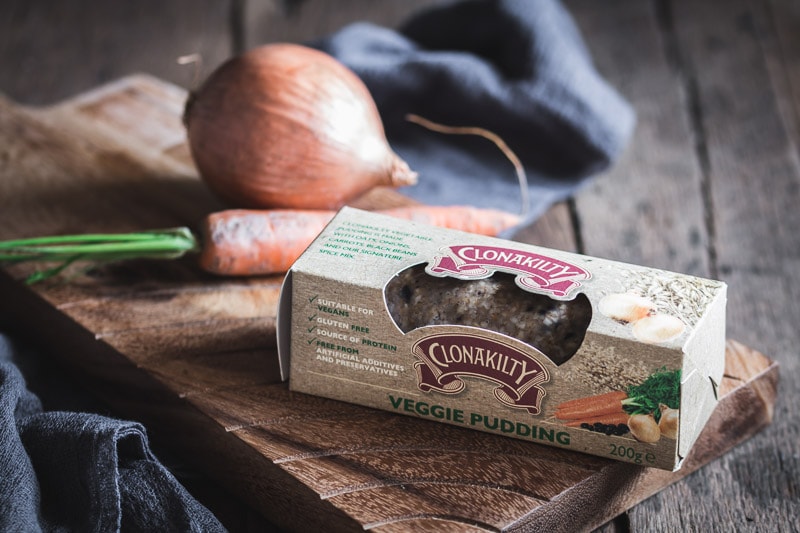 Be bold, try something new

Traditionally, Black and White Pudding and now the new Veggie Pudding have been eaten for breakfast only, but I would like to invite you to think beyond that.

All three are great on sandwiches, pizzas, in tacos, wraps, soups or skillet dishes and so much more, make sure to check out my Clonakilty Black Pudding One-Pan Dish.

In this Veggie Pudding recipe, I paired the traditionally earthy or spicy flavours with some refreshing mint and fennel seeds. The flavour of fennel seed is warm and sweet. It is similar to that of aniseed in that both are reminiscent of liquorice.

Just go for it and try something new, it’s a great way to reduce your meat consumption and to surprise your veggie friends.

Have you ever used black/white/veggie pudding in anything else than a fry up? If yes, what did you do with it? I’m looking forward to reading your comments. 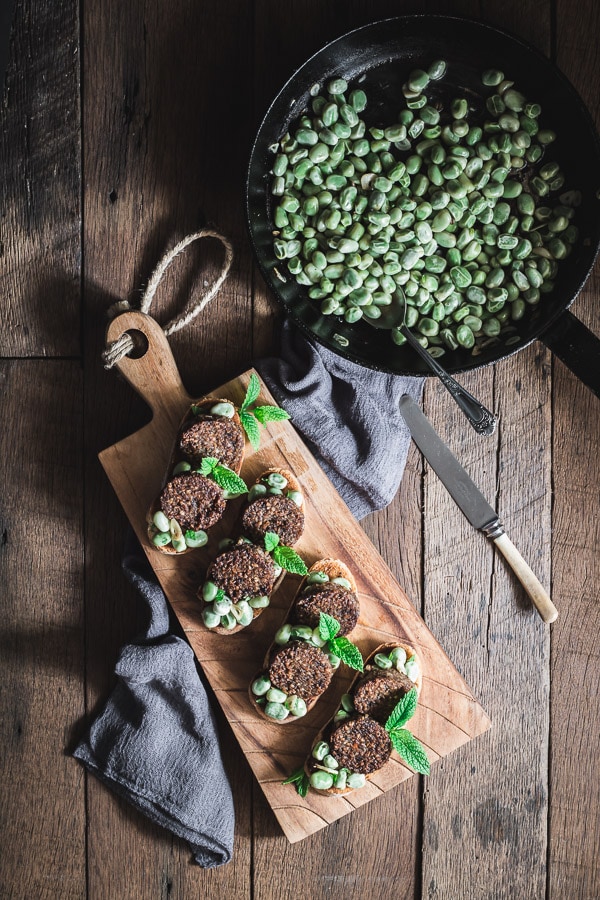 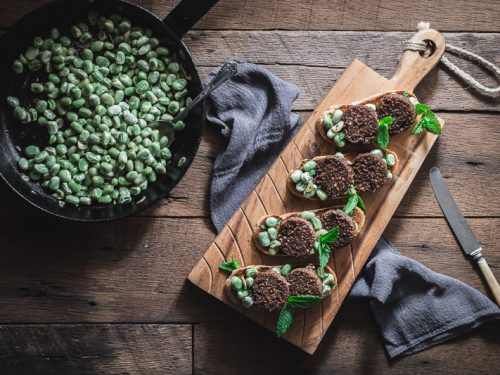 This simple Clonakilty Veggie Pudding recipe is bursting with refreshing flavours and spices and makes a perfect appetiser or party food. It is easy and quick to prepare and will wow your vegan and meat-eating friends alike. 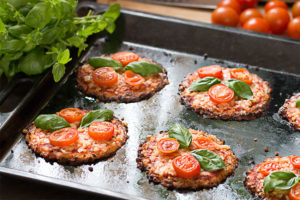 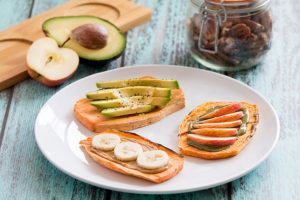 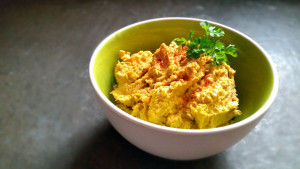